Of The Internet says TechCrunch 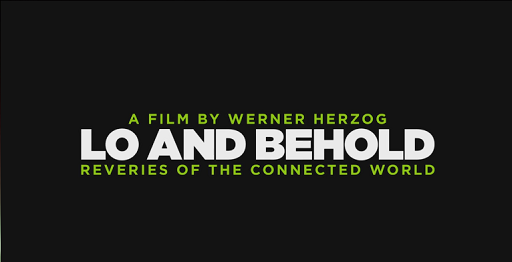 NETSCOUT, in partnership with legendary filmmaker Werner Herzog, explored the promise and perils of the connected world in “Lo and Behold, Reveries of the Connected World,” a 90-minute feature film which premiered at the 2016 Sundance Film Festival, in Park City, Utah, 23 de janeiro de 2016.

"Lo and Behold" highlights luminaries at the forefront of technology; exploring the unequalled perspectives of people like PayPal and Tesla co-founder Elon Musk, roboticist Sebastian Thrun, and UCLA professor and co-creator of ARPANET (the precursor to the Internet) Leonard Kleinrock, among others. TechCrunch calls the film "fresh, with a clear but curious perspective" and "absolutely worth watching."